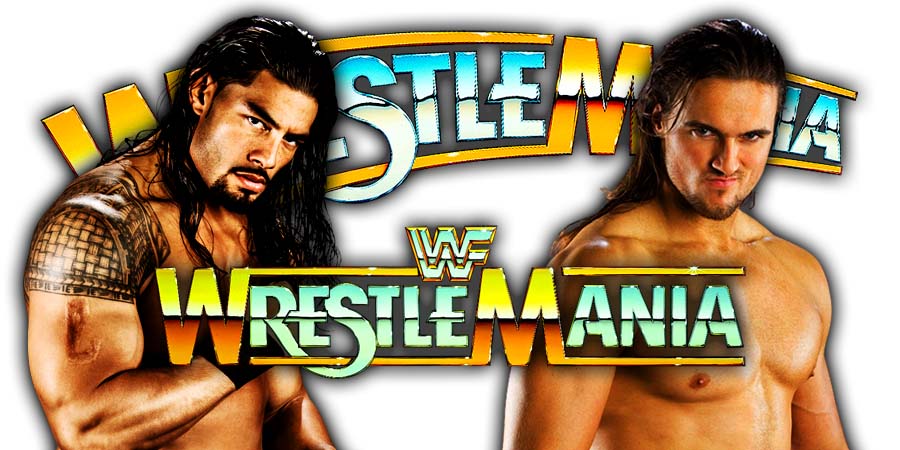 As we have noted before here on WWFOldSchool.com, WWE officials had plans to book Big E to win the Men’s Royal Rumble 2021 match, and have him face Roman Reigns for the Universal Championship in the main event of WrestleMania 37.

We have been told that Drew McIntyre confronting Roman Reigns on last week’s SmackDown could lead to a match with “The Tribal Chief” for the Universal Championship at WrestleMania 37.

While both of them are currently on different brands, that won’t be a problem for a match between them as McIntyre could get booked to win the Royal Rumble again, or he could just get “traded” to SmackDown.

WWE officials are trying to avoid making the same mistake with Big E that they made with Reigns, which is giving him a mega push too early in his singles run.

The Shield broke up in mid-2014 and Reigns went on to main event WrestleMania in 2015 as a babyface. On the other hand, Big E’s singles run began in mid-2020 and he’s currently involved in mid-card feuds.

It was broadcasted from the Barton Coliseum in Little Rock, Arkansas and featured matches, interviews & storyline segments on the road to the ‘WCW Mayhem 1999’ PPV.

4. Pinata On A Pole Match: Silver King vs. Psicosis vs. El Dandy vs. Villano V vs. Juventud Guerrera