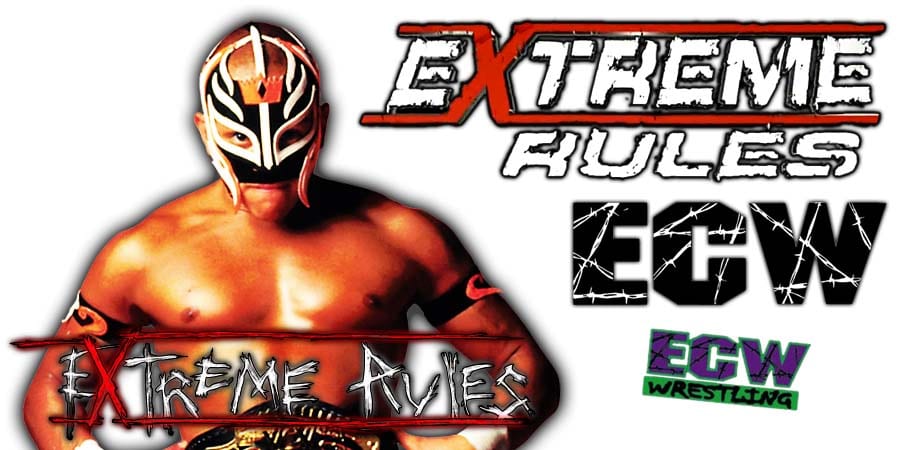 As we noted last night, WWE once again made a change to the name of their Extreme Rules PPV, and it is now being called “The Horror Show at WWE Extreme Rules”.

According to the Wrestling Observer, WWE is planning to do Seth Rollins vs. Rey Mysterio in an “Eye For Eye” match at the PPV, a match where there are no pinfalls, no submissions, no count-outs, no disqualifications, and the only way to win is to be the first man to injure your opponent’s eye.

“Meltzer also is reporting there was a plan to make a Mysterio vs. Rollins ‘eye for an eye’ match for July 19th’s Extreme Rules where the only way to win would be to take out your opponent’s eye. As of now, that match has yet to be announced.”

Below is the current match-card for Extreme Rules: