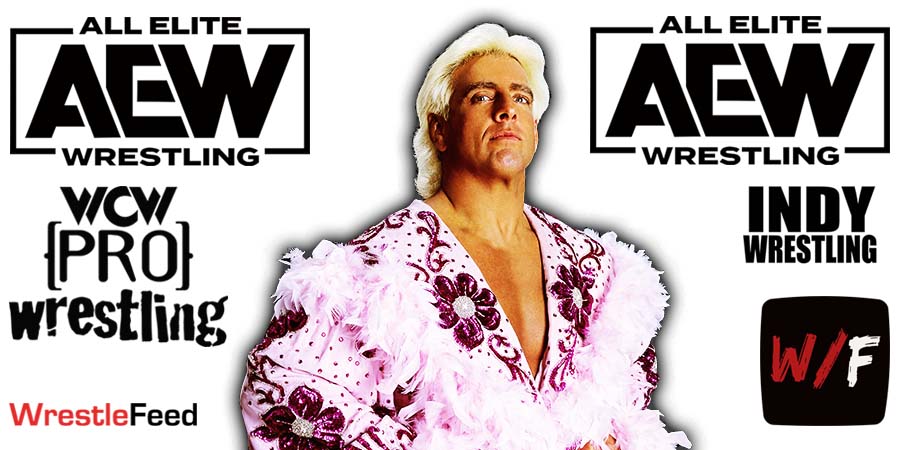 As we reported before, “The Nature Boy” Ric Flair made his first post-WWE appearance, after his recent release, at AAA TripleMania.

Flair was in the corner of his future son-in-law Andrade El Idolo, who faced AEW World Champion Kenny Omega for the AAA Mega Championship. Konnan was in Omega’s corner.

Omega managed to win the match and retain the AAA Mega Title after hitting Andrade with the Title belt.

During the match, Flair got physical with Omega & Konnan. You can watch it below:

Here’s what Omega said about Ric Flair after the match:

He shouldn’t have been here, I think he’s violated a number of laws by being here. He put his hands on a Champion. He stepped into those ropes when he shouldn’t have. He did something real bad today, he made a terrible mistake, and I think he’s gonna pay for it. He’s gonna pay for it dearly with that green. No more private jets, no more limousines, no more Rolexes, and no more fancy suits.

On this day in 2018, we lost Old School WWF WrestleMania Celebrity “The Queen of Soul” Aretha Franklin at the age of 76 due to pancreatic cancer.

20 years later, Vince McMahon brought her back to do it one more time at WrestleMania 23, where she ended up singing the song in front of 80,103 people at Ford Field in Detroit, Michigan.