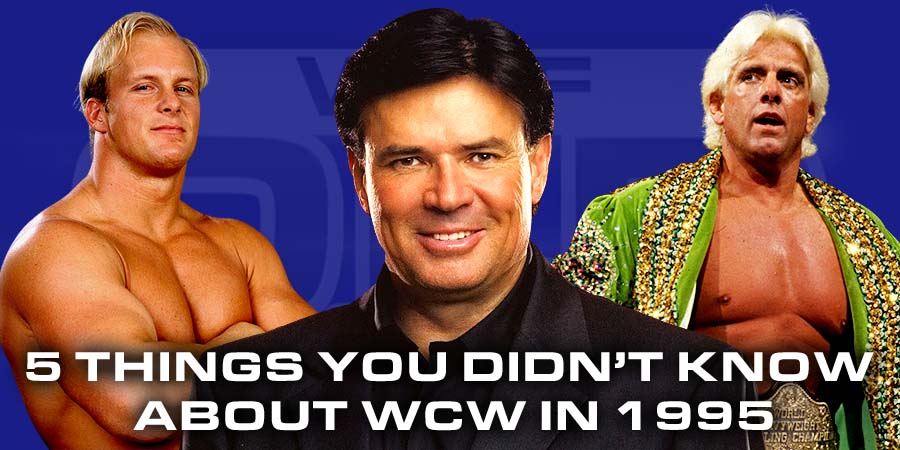 There are all kind of things, most Old School Professional Wrestling Fans know about World Championship Wrestling and especially about the days of the famous ‘Monday Night Wars’. Today we focus on the first year of that War, where it all began: 1995.

But rather than telling you what you had already read and heard 100 times before, we bring you 5 things that most of you probably didn’t know, but you should know:

5. Kevin Sullivan Talked Eric Bischoff into Bringing in Loch Ness
Say what you want about Kevin Sullivan’s infamous Dungeon of Doom stable, but they were always good for a surprise. In late 1995 Sullivan wanted to add another larger than life Monster Heel to his heel group, which his choice had been fellow British Wrestling Legend Giant Haystacks. This 690 lbs Monster was famous for wrestling all over Europe and for Stu Hart’s Stampede Wrestling Territory during the 70s & 80s.

Kevin Sullivan eventually convinced Bischoff to bring him in and because they already had “The Giant” (now known as “The Big Show”) on the Roster at that point, Giant Haystacks was instantly renamed “Loch Ness”

Loch Ness debuted in early 1996 but only wrestled for a few weeks before returning to Europe for good.