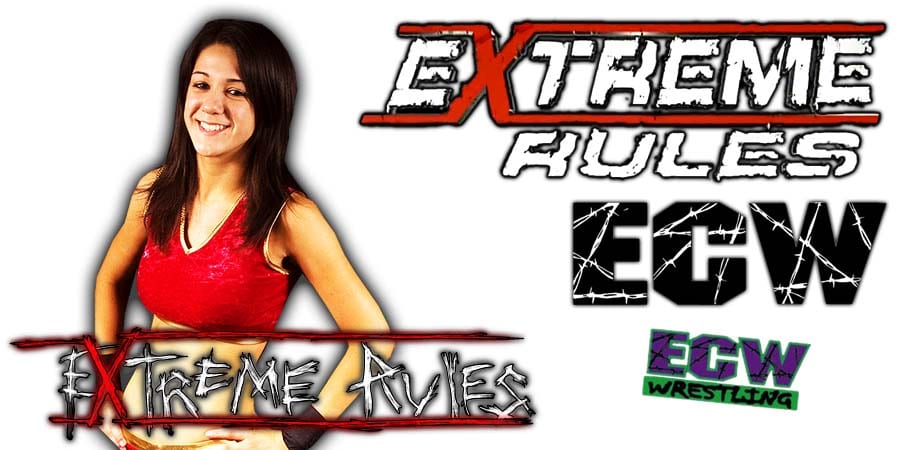 This episode was pre-taped at the Breslin Arena in East Lansing, Michigan and featured matches & storyline segments on the road to the ‘WCW New Blood Rising 2000’ PPV.

4. Tank Abbott vs. The Great Muta

SmackDown Women’s Champion Bayley and her best friend, Sasha Banks, had a pretty great night at The Horror Show at WWE Extreme Rules, as Bayley retained her Title against Nikki Cross, while Sasha Banks defeated Asuka (unofficially) to win the RAW Women’s Championship.

On the other hand, Rey Mysterio lost his eye in an ‘Eye For An Eye’ match against Seth Rollins.

You can check out the photo of Mysterio’s eye ball (kayfabe) being out of the eye socket below:

Below is a close-up:

After seeing this, Rollins vomited. You can watch it below:

Bayley couldn’t control herself and went on to pun about Mysterio losing his eye.