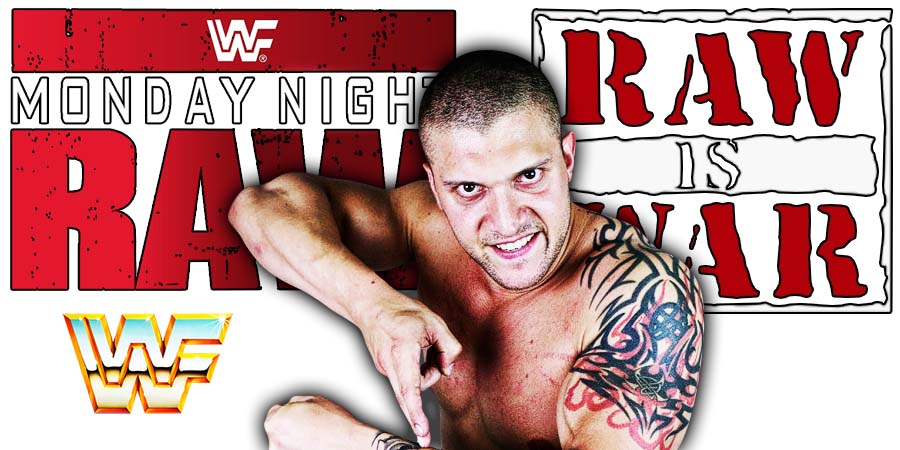 This resulted in Kross’ undefeated streak in the company coming to an end.

On this week’s RAW, Kross went on to defeat Keith Lee. However, that wasn’t the original plan.

According to Fightful Select, Kross was originally set to lose another match to Jeff Hardy on this week’s RAW. However, the plan was changed when Hardy tested positive for COVID-19 and got pulled from the show.

After beating Lee, Kross cut a promo on Hardy and said that their feud isn’t over.

We must fall first…
Before we truly rise.

Do you see that now?

I am the faith for the fallen.
I always have been.

As I fall, you shall too.
And WE shall rise together…

Patience is a virtue.

It was pre-taped at the Blue Cross Arena in Rochester, New York and featured matches, interviews & storyline segments on the road to the ‘WWE SummerSlam 2005’ PPV.

– William Regal vs. Scotty Too Hotty

– JBL vs. The Undertaker