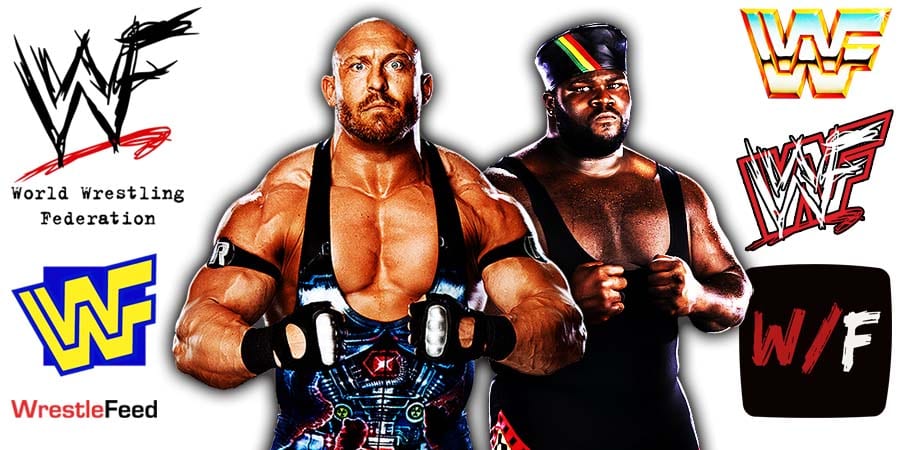 WWE Hall Of Famer Mark Henry and former WWE wrestler Ryback had been involved in a war of words since Henry criticized The Big Guy for calling wrestling fake and Titles being props given to wrestlers to get them over with the fans (which Ryback later clarified was a sarcastic tweet aimed at FOX).

Ryback then alleged that John Cena did not want to work with Henry, and Henry was sleeping backstage at WrestleMania 29.

Henry responded to these remarks by saying that he’ll tear Ryback’s flesh off if he gets into a fight with him. He stated that these were his last comments on this matter.

Ryback later went live on his Instagram account and read Henry’s comments about him. He said that he and Henry gave their takes, and he’ll get along with him when they meet because the whole situation was just “stupid bullsh*t.”

He ended by saying that if Henry still wants to fight, then “I’m The Big Guy!”

Henry later went on to advise AEW to not sign Ryback when Ryback teased returning to the ring (tap here to read more).

It looks like Ryback is now looking to take legal action against WWE and Mark Henry because of this sitution.

“Going to be speaking with my attorney concerning my options for the recent @wwe @themarkhenry @bustedopenradio situation of outright slander. Luckily enough people know me to know the truth, but can’t sit back and allow WWE to further do this. Thanks for the support.”

Going to be speaking with my attorney concerning my options for the recent @wwe @themarkhenry @bustedopenradio situation of outright slander. Luckily enough people know me to know the truth, but can’t sit back and allow WWE to further do this. Thanks for the support.

I love it! It’s blatantly obvious what’s going on. Enough people in the business know me well enough and between this and the company wanting my social media it should tell you all you need to know. Life is amazing and I don’t fear that company or Mark, so let’s go! https://t.co/zF3hT2aJrZ

This episode was broadcasted from the Giant Center in Hershey, Pennsylvania and featured matches & storyline segments on the road to the ‘WWE WrestleMania XX’ PPV.