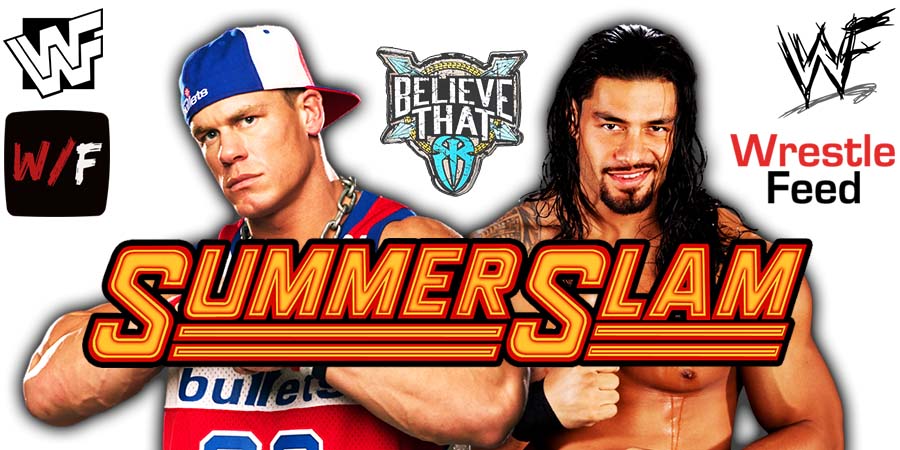 16-Time WWE World Heavyweight Champion John Cena makes his way out first, and he’s sporting a new T-Shirt which shows all the World Titles he won on the back side.

The Tribal Chief, The Head Of The Table, The Universal Champion, Roman Reigns, is out next.

The Usos came out during Reigns’ entrance, but went to the back as Roman doesn’t need any help tonight.

Roman has said if he loses tonight, he will leave WWE.

Roman is very overconfident in this match, but he’s backing it up as he’s in constant control of Cena.

Roman then looks at the camera and apologizes to Hollywood because he’s going to hurt him.

All Cena has done so far is try to pin Roman multiple times via roll-ups.

Cena gets back into the match with his usual series of movies. Cena goes for the “You can’t see me” taunt and Reigns immediately locks him into the Guillotine. Cena manages to get out of it and Reigns knocks him down with a Superman Punch!

Cena finally connects with the 5 Knuckle Shuffle. Cena hits the Attitude Adjustment and goes for the cover, but Roman kicks out!

Cena applies the STF, but Roman manages to escape and get out of the ring. Cena goes out of the ring to get Roman and Roman immediately connects with a Drive-By on the ring apron.

Roman comes running at Cena on the outside and Cena picks him up and hits an AA through the announce table! Cena quickly brings Roman into the ring and goes for the cover, but Roman kicks out!

Cena is now on the top rope and jumps for a super Leg Drop, but Roman counters it into a Powerbomb! Roman goes for the cover, but Cena kicks out!

Roman is looking to hit the Spear, but misses and goes shoulder-first into the ring post.

Cena is now dragging Roman to the top rope for a Super AA and Cena hits it! Cena goes for the cover, but Roman kicks out again!!!

Fans are chanting “This Is Awesome!” and it is!

Cena says Roman’s time is up and his time is now, then mocks Roman with the scream in the corner. Both men are trading punches and Roman drops Cena with 2 Superman Punches and Roman screams “I am WWE”.

Roman hits Cena with a Spear and pins him.

BROCK LESNAR IS BACK! 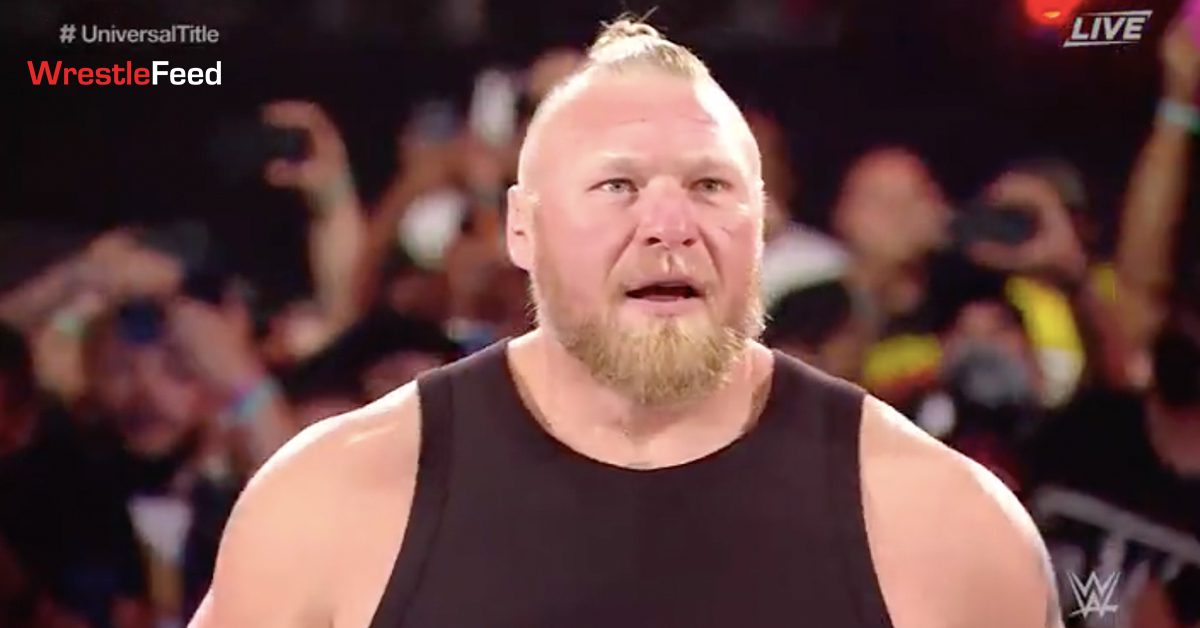 The Beast is back with his new hairstyle! Lesnar gets in Roman’s face, but Roman gets out of the ring!

Huge ovation for Brock! SummerSlam goes off the air with fans cheering for Lesnar.

THE BEAST INCARNATE IS HERE AT #SummerSlam!