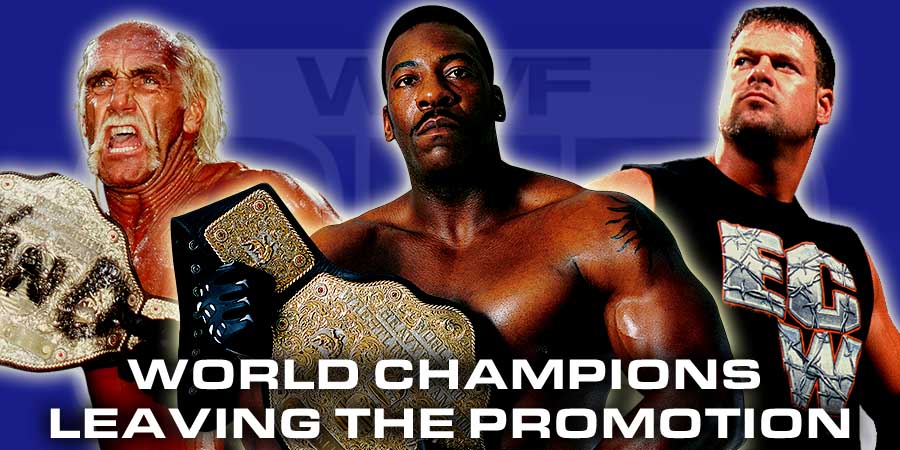 WWFOldSchool.com takes a look at 5 instances when Wrestlers left their company as World Champions:

It’s April of 2000 and Mike Awesome is the ECW World Heavyweight Champion.

With Ted Turner’s open checkbook, WCW was trying to sign him away and with the big contract money thrown at him, Awesome is more then willing to jump ship.

But word broke to ECW Owner Paul Heyman, that his World Champion is going to leave for WCW, so Paul threatened them with a huge lawsuit.

Eventually both sides ended up with an agreement that saw WCW paying ECW a lot of money to sign Awesome away from them, and while he was still the ECW Champion, WCW was not allowed to show the Title Belt on their TV shows.

A few days later – as yet another part of the deal – WCW Superstar Mike Awesome showed up on an ECW Event in Indianapolis, Indiana where he lost the ECW World Title to WWF Superstar Tazz.