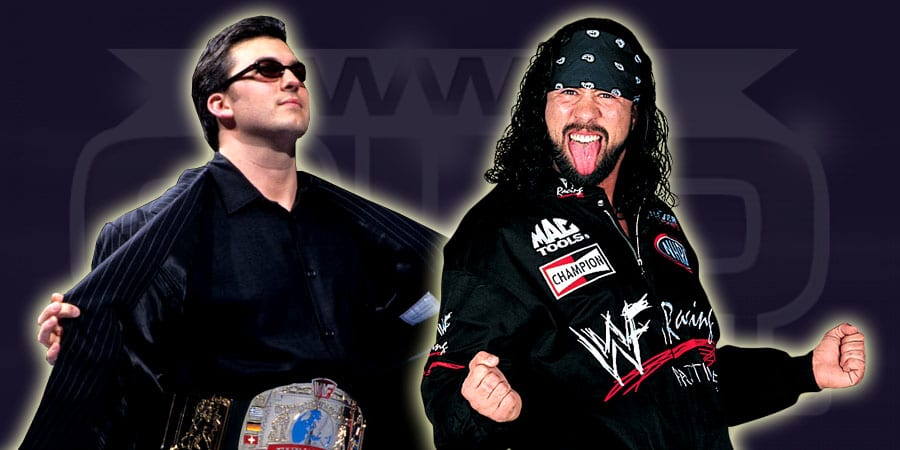 It isn’t difficult for an amazing match to become overshadowed. Overshadowing occurs when a Pay-Per-View event has one really awesome stand-out moment or match in which people will remember the show for that sole reason. Recently, WrestleMania 31 will be known for Seth Rollins cashing in his Money in the Bank contract, winning the WWE World’s Championship, and therefore, each match on that show become overshadowed. WWF Old School presents; Top 6 Old School WWF PPV Matches that really should not have been overshadowed.

WrestleMania XV is remembered for a few moments, be it the first WrestleMania encounter with the Rock and Steve Austin, or Undertaker hanging the Big Bossman after their Hell in a Cell match by a noose. Overall, WrestleMania XV was a dud of a show, and you can relive it and agree. The best match of the show is one that isn’t remembered, or even mentioned by WWE today, Shane McMahon v X-Pac for the European Championship.

Shane played his character incredibly in March of 1999. He was a sneaky weasel who was the boss’ son, who could get anything he wanted, including the European Championship. What is even better is that WWF had incorporated the Mean Street Posse into Shane’s corner (via ringside) and they played such a smarmy role in his match with X-Pac. Considering he is not a trained wrestler, Shane McMahon is an incredible talent, and you won’t find any big botches in this match.

Although the ending is a big mess with Triple H turning on X-Pac and half of the roster helping Shane win, it was easily the best match on the show, and one of the few in which the build-up made any sense on that show. Check it out if you can, you will not be disappointed!