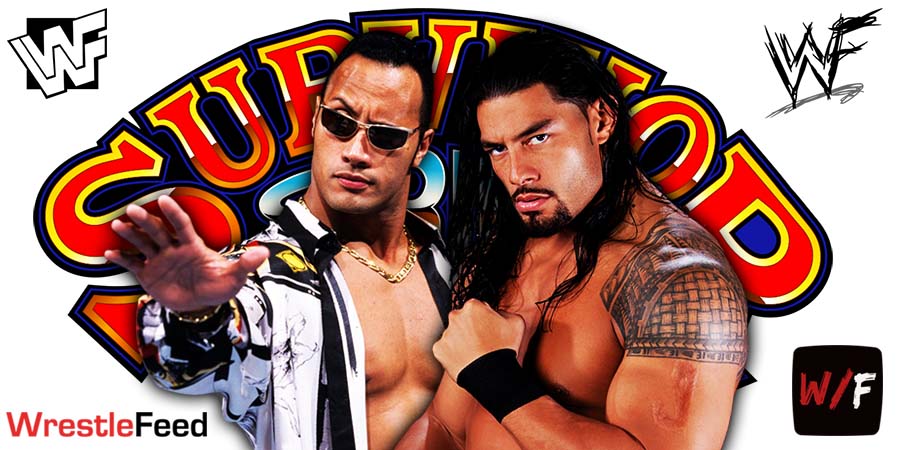 In the main event of last night’s Survivor Series 2021 pay-per-view, Universal Champion Roman Reigns defeated WWE Champion Big E clean, without any sort of interference or distraction from anyone.

While celebrating The Rock’s 25th anniversary, hints were dropped throughout the night that The Rock could show up, especially after a backstage segment between Vince McMahon and Roman Reigns, where Vince talked about how The Rock started with $7 in his pocket and is now the biggest movie star in the world today.

Some people backstage in WWE were concerned when they learned that The Rock wasn’t going to appear at Survivor Series, because a lot of fans would be thinking he’s going to show up after all these teases, especially after Roman wins in the main event, and fans are going to be left disappointed when he doesn’t.

“When some members of the team found out The Rock was not going to be present, we’re told they voiced their concern about the Reigns match closing the PPV, but there wasn’t a major push to change it.

There were various run sheets that had the accurate rundown, but there were also numerous that were printed in reverse, which caused confusion backstage, and several thought there was a decision to switch the women to the main event because The Rock wouldn’t be present.”

Also Read: Reason Behind The Rock Not Appearing Last Night At Survivor Series 2021

From mid-1998 till the fall of 1999, he helped Vince Russo to write storyline ideas, some of which actually made it to television.

In the October 1999, World Championship Wrestling management falsely assumed that both Russo & Ferrara were to credit for the World Wrestling Federation’s recent success, and signed them both to contracts, failing to realize that only around 20% of Russo’s (and Ferrara’s) ideas were used, while around 80% never made it into a script for TV.

After his WCW stint, during which he won the Cruiserweight Championship from Madusa, Ed joined Total Nonstop Action for a while in 2002 as a color commentator but soon left the promotion over financial troubles.