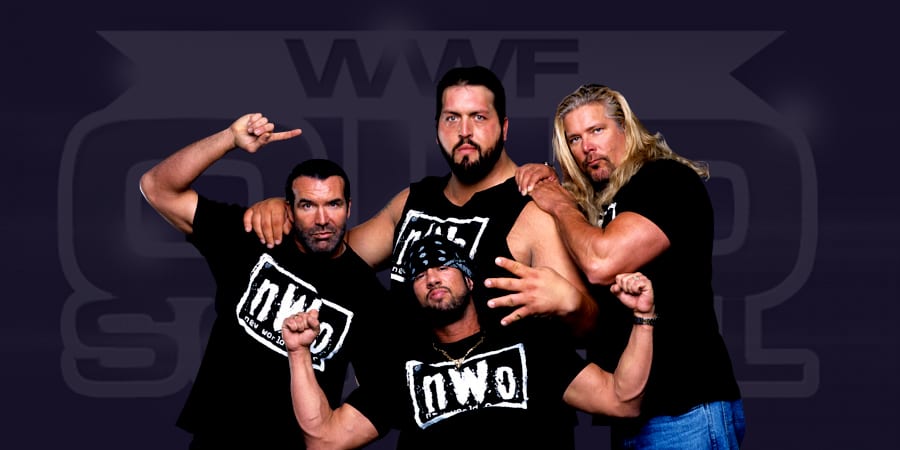 There is arguably no group that has had more influence in Professional Wrestling than the one that formed almost 20 years ago, the New World Order!

Let us now take a look back at the exclusive nWo behind the scene stories: 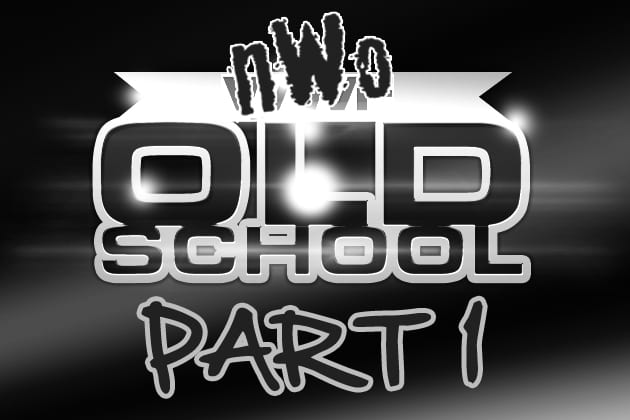 WCW had been waiting for the moment Scott Hall could debut on Nitro, for that moment would begin a master plan to turn the WWF’s mockery of WCW in WCW’s favor.

Hall debuted on the May 27 WCW Monday Nitro by walking out of the crowd in jeans and a denim jacket. He interrupted a match and said over the house mic that he goes wherever he wants and he is in WCW to take over.

Later he challenged “Billionaire Ted” to present three of his toughest wrestlers to face “us.”

That “us” is the key to WCW having one of it’s best summers ever.

The “us”‘ is three wrestlers – Hall, Kevin Nash, and Lex Luger.

Nash will show up and join Hall. They will tease that a third member of “Team WWF” (they, of course, won’t actually be called that, but it will be implied strongly) arrived last September and has been spying for them, infiltrating WCW so-to-speak.

When it is revealed that Luger has been a “WWF spy” all along, it will explain why Luger has jumped from one camp to another in a seemingly endless, directionless storyline – i.e. so he could infiltrate WCW on all fronts.

By having “Team WWF” rip on WCW in their interviews and having them refer to the characters the WWF spent so much time getting over in their Billionaire Ted skits to mock WCW, it is in effect WCW finding a way to profit off of the WWF’s mockery of them.

In that way, WCW can stake claim to the biggest laugh yet in the Monday Night Wars.

But, from a storyline perspective, Hulk Hogan is slated to get the last laugh.

Rumor has it that “Team WWF” (Hall, Nash, Luger, DiBiase) will end up getting the better of “Team WCW,” including most notably Sting and Randy Savage.

It will be after a period of weeks or months of “Team WWF” getting the better of WCW that Hogan will return and “save the day.”

The plan is for Hogan to then soundly end up the victor and symbolically beat the WWF – something he will take great satisfaction in after the way the WWF depicted him as “The Huckster” in the skits on Raw.

If WCW plays their cards right, it should be an eventful and profitable summer and fall.